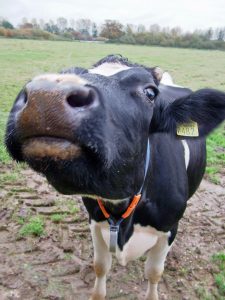 Most people have a morbid fear of math story problems and, to a lesser extent, fractions.  They see words on a math test and their brains shut down because its like, words.  Where there’s supposed to be numbers.  Very conflicting.

But I’m here to tell you those words are all smoke and mirrors.  The diabolical people who create math story problems add unnecessary details and numbers to trick and mislead you.  Read on and we’ll tell you everything you need to know to master math story problems.

Take this math story problem for example.  Focus more on the numbers and fractions and less on the story and try to figure out if the sons received too many cows as part of their inheritance, not enough cows, or just the right number:

With an odd number of cows the sons did not know how to divide them up equally without turning them into hamburger first.  So a neighbor volunteered to help and loaned them one of his cows which brought the cow count up to 18, an even number divisible by 2, 3 and 9.

Then they returned the neighbor’s cow.

What the what!  How did that work?

Think about it for a minute and try to solve the cow math mystery yourself. 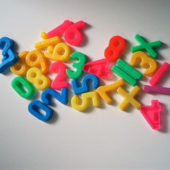 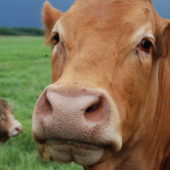 David is the KidsSci Program Director for the greater Chicago area. He has over five years of experience running STEM education programs and has worked with over 5,000 children. He is a mechanical engineer by trade who has worked for numerous petrochemical refineries and chemical manufacturers as well as several federal and state agencies and the DoD. He is also a veteran and deployed numerous times in support of Operation Iraqi Freedom and Operation Enduring Freedom, to name a few.

This site uses Akismet to reduce spam. Learn how your comment data is processed.

Get our monthly newsletter!

You are awesome! Thank you for subscribing.

we respect your privacy and take protecting it seriously

Check Out Our Tweets

This website uses cookies to improve your experience while you navigate through the website. Out of these, the cookies that are categorized as necessary are stored on your browser as they are essential for the working of basic functionalities of the website. We also use third-party cookies that help us analyze and understand how you use this website. These cookies will be stored in your browser only with your consent. You also have the option to opt-out of these cookies. But opting out of some of these cookies may affect your browsing experience.
Necessary Always Enabled
Necessary cookies are absolutely essential for the website to function properly. This category only includes cookies that ensures basic functionalities and security features of the website. These cookies do not store any personal information.
Non-necessary
Any cookies that may not be particularly necessary for the website to function and is used specifically to collect user personal data via analytics, ads, other embedded contents are termed as non-necessary cookies. It is mandatory to procure user consent prior to running these cookies on your website.
SAVE & ACCEPT